Weed Control in the Verde Valley 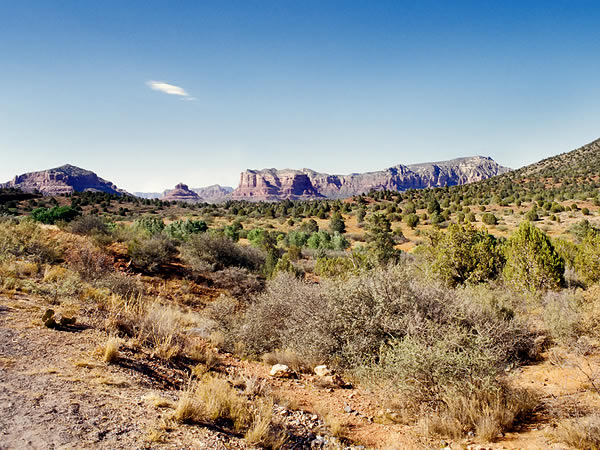 "Weed control" is kind of an old-fashioned term. "Vegetation Management" might be a better one because here at High Desert Pest, we know that some of the plants that a lot of folks call "weeds" actually are important parts of our beautiful, but delicate desert ecosystem.

In fact, most of the most troublesome weeds here in the Verde Valley aren't native to our area. They're invasive, meaning that they were introduced to Arizona from some other place where their numbers were kept in check by some animal that fed on them, the climates of their native areas, or some other combination of factors.

Once non-native weeds are introduced here, they become a threat to our ecosystem. They compete with our native plants for soil and water, destroy ornamental landscaping, choke out agricultural crops, increase erosion in many cases, and often become hazards to wildlife and domestic animals because of toxicity, structural defenses (thorns, barbs, and so forth), or by creating tripping hazards. Finally, some weeds provide harborage for rodents, ticks and other disease-carrying pests.

At High Desert Pest and Weed control, we approach every job in a scientific way that respects our environment, while still providing maximum effectiveness.

Common Weeds of the Verde Valley 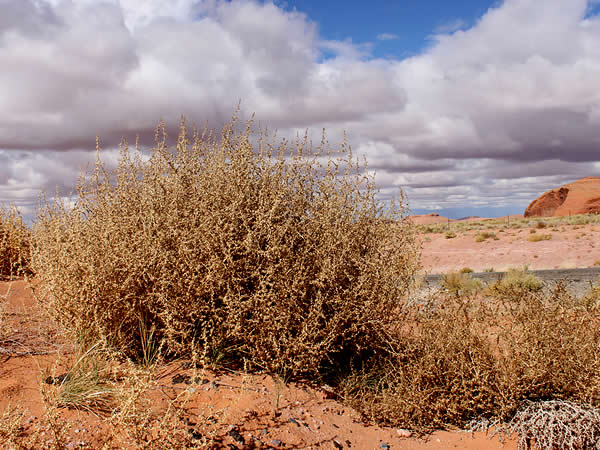 The weed that our customers most commonly mention by name is the tumbleweed, which actually consists of a number of different plant species. The ones most common in Arizona are all members of the genus Salsola and are all considered invasive, noxious weeds. Tumbleweed control is a never-ending job here.

Tumbleweeds have an unusual way of propagating themselves. After the plant matures and dries out, the entire above-ground part of the plant disengages from the root and goes tumbling away in the breeze. This strategy greatly increases the distribution of the plant's seeds: The tumbleweed travels much farther than the individual seeds could themselves.

Tumbleweeds are a nuisance for a number of reasons. They compete with more desirable plants for precious water (some species of tumbleweeds can consume as much as 40 gallons during their life cycles), increase wind erosion of soil, create hazards on highways, pile up along fences, and even create a hazard to ground operation of aircraft at airports. 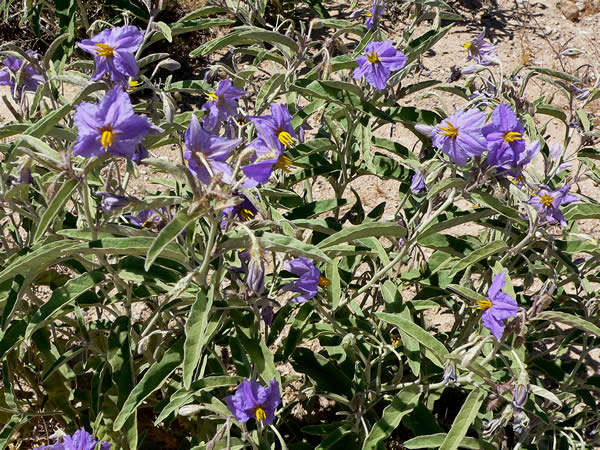 The most common nightshade in the Verde Valley is the silver leaf nightshade, shown at the right. Named for the silvery, matted hairs that coat the plant's surface (although once in a while we come across mutants with no hairs), these deep-rooted plants produce blue or violet flowers, and berry-like seed pods that vary in color from green to orange when mature.

The silver leaf nightshade is considered a noxious weed throughout Arizona (and pretty much everywhere else). It is a significant agricultural pest plant, competing for water with crops and crowding them out. Its berries are also very toxic to pets, livestock, horses, wildlife, and people. 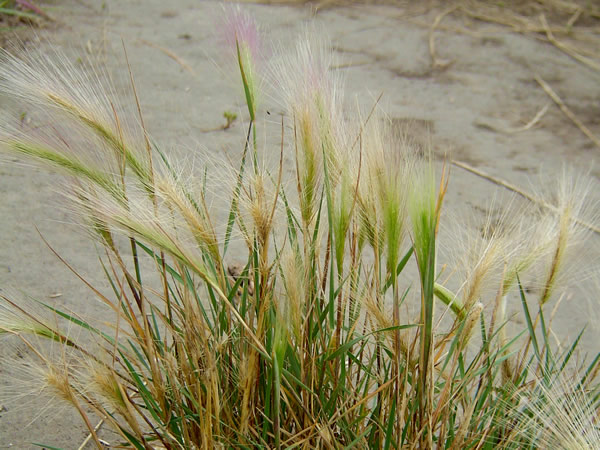 There are several species of annual grassy weeds in Arizona that are known as "foxtail grasses." They get their name from the bushy structures (technically called "diaspores") that they use to disperse their seeds. The diaspores somewhat resemble a fox's tail. Or so they say, anyway.

Foxtail grasses are very dangerous to pets, livestock, and wildlife, especially dogs. The foxtail seeds are sharp and have barbs that allow them to penetrate an animals skin, eyes, or mucous membranes, but not get out. Instead, the animal's movement causes the seeds to penetrate deeper and deeper into the body.

Foxtails in animals are always veterinary emergencies. Because of the barbs, the foxtail will almost never "work its way out." It must be removed surgically. If left untreated, the animal can develop serious infections, abscesses, blindness, loss of olfaction (the ability to smell, which is like being blind for animals like dogs who rely on scent as their super-sense), or death. 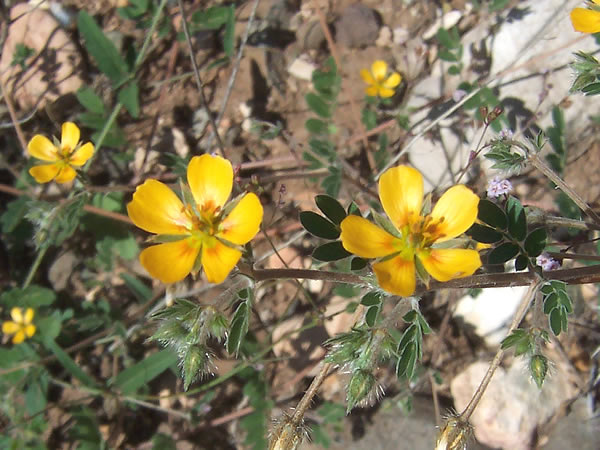 Bull's head, goat's head, and puncture vine are common names for a group of closely-related, widely-distributed, flowering, perennial weeds that are characterized by seed pods that have thorny spikes on them.

In cooler areas, these weeds grow as annuals; but here in Arizona, they're usually perennials, so their reproductive potential is that much higher. In addition to propagating by seeds, they also creep along the ground and can cover large areas pretty quickly.

Bull's head, goat's head, and other puncture vines are considered noxious weeds because of their invasive nature, because they choke out desirable vegetation, and because they cause painful cuts to the feet and legs of animals or humans who walk across them.

At High Desert, we're specialists in the management of Arizona weeds. We provide a variety of weed control services that include pre-emergent, post-emergent, and selective vegetation management.

What that means in English is that we employ methods designed to kill weeds before they sprout and after they've already grown, as well as selective methods that, for example, kill the weeds, but not the lawn or other desirable plants.

We can also apply products to non-selectively kill vegetation in particular areas, such as might be needed for an unpaved driveway or parking lot, or around a building for fire prevention reasons.

Whatever your needs, please contact us for more information about High Desert Pest's weed control and vegetation management services.